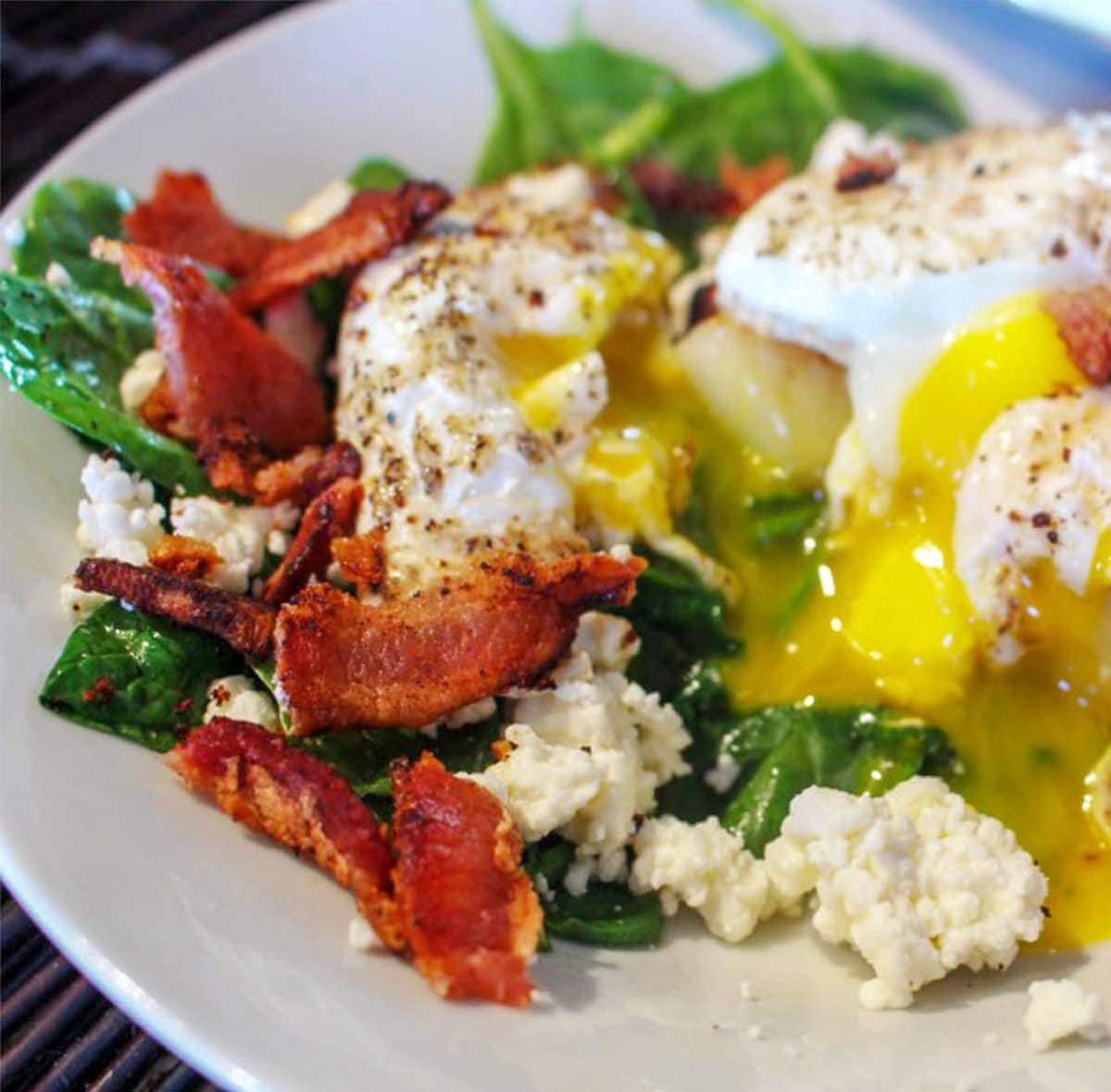 Sunny Spinacia Breakfast Bowl is  - hands down-  the best breakfast I've ever had! Quick & simple to make, yet the flavors taste like you ordered it at a gourmet restaurant!

What the heck is Sunny Spinacia?

I was hoping to post this recipe for Sunny Spinacia Breakfast Bowl just before New Year's Day, but I couldn't come up with a name... I tried and tried, thought and thought, but was at a loss. So I reached out to all of you and was given some great suggestions. I decided to go with my sister's name for the dish. It was descriptive in a fun and clever way and I'm thrilled that my recipe for Sunny Spinacia Breakfast Bowl can finally be shared with everyone! Thanks, Margaret!

Sometimes the best recipes come together because of ingredients that I know must be used before they go bad...that is exactly what happened here. I was making breakfast for Jeff and me a couple of weeks ago and while I was getting out the old standby-bacon  and eggs, I saw that I had a small amount of spinach left and decided to make an omelet. Then I glanced over to my fruit bowl and saw a pear (left over from my pear and cranberry pie....recipe coming soon!) that was getting a few dark spots...so I started to put it all together in my mind and I grabbed a few more ingredients and the Sunny Spinacia Breakfast Bowl was born!

Jeff was having a cup of coffee in the kitchen with me and saw me pull these ingredients out...the look on his face was priceless and he said, "You're making breakfast with those ingredients?". Yep, sure am!  Now, to be completely honest, I wasn't real sure what was going to  happen myself....but nothing ventured, nothing gained, so I ventured and boy were we both happy that morning!

This dish takes less than 15 minutes to prepare and the flavors explode in your mouth and make your taste buds sing!

What you need for Sunny Spinacia Breakfast Bowl: 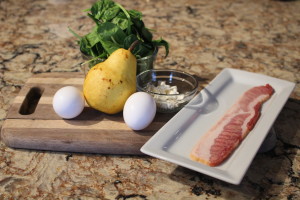 In a saute pan on medium heat, begin frying one (or two) piece(s) of bacon (I used thick cut apple wood smoked) until the bacon fat begins to render. Peel and slice the pear into wedges. Add to pan with the bacon. Continue to cook and turn the bacon until crisp (about 7 minutes). Turn the pear wedges after a few minutes to brown on both sides. Remove  the bacon and drain on a paper towel. Turn the heat off, leaving the pears in the pan until ready to assemble. 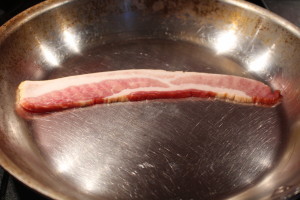 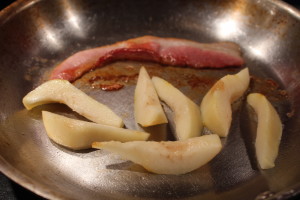 In a second saute pan, add  olive oil or butter to pan, heat on medium low. When pan is hot, crack two eggs into saute pan and reduce to low heat (sorry my picture is so bad, eggs don't wait for a good picture!). Salt and pepper the eggs. Cook slowly until the white is cooked and the yellow is still runny. When the eggs are almost done, add in the spinach ( I added just a pinch of salt and pepper to the spinach). Turn the spinach a few times, just until it wilts, remove from pan and place on plate or in your bowl. I got a little impatient and flipped my eggs, making them over easy instead of sunny side up...the dish might not look as pretty, but it was still delicious! 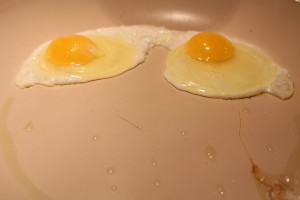 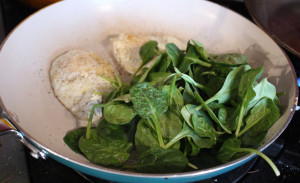 Now, we are ready to assemble. You'll notice the assembly pictures are shown on a plate, that's the way I served it the first time I made it.  Divide the wilted spinach between two shallow bowls, add the feta to each bowl/plate. Top with egg, pear wedges and crumbled bacon. Drizzle with honey. Serve and Enjoy! 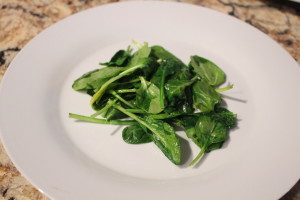 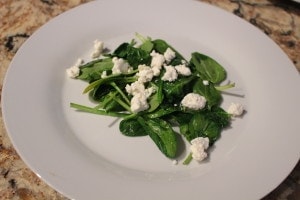 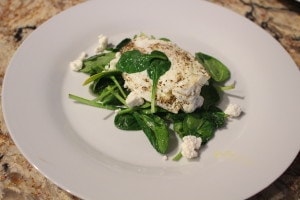 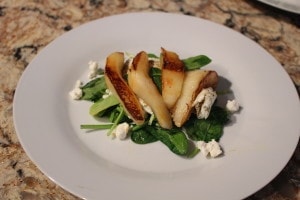 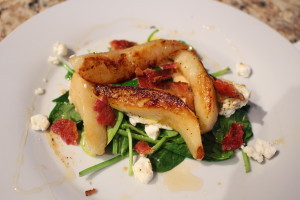 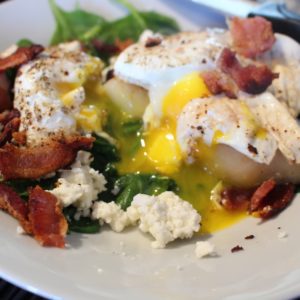